Rosanna Leo has a new release!

It's always a pleasure to spotlight my pal's new releases. Today I have Rosanna Leo. I'm a fan-girl in case you don't know. Check out her hot Gemini Island shifters! 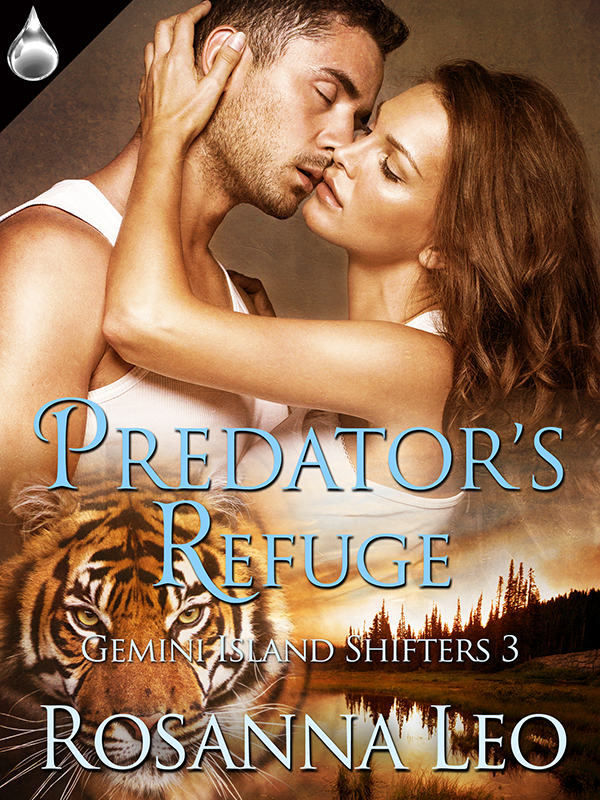 Lynx shifter Marci Lennox has worked at the shifter-friendly Ursa Fishing Lodge and Resort all her adult life. It’s more a home to her than a job. When her boss goes on vacation, putting her in charge, Marci is thrilled. Finally a chance to prove she has the mettle to run a resort.

Her confidence is shaken when new employee Anton Gaspar appears. One look at the mysterious tiger shifter spells trouble for Marci and for her sex-crazed lynx. Anton is judgmental, condescending, and a little misogynistic. Unfortunately, Marci’s lynx thinks his tiger is more delicious than an oversized bag of Maltesers.

It becomes difficult for Marci to remain neutral near Anton, especially when she learns of his troubling past and unusual family circumstances. However, when dangerous incidents occur on the resort, the lynx woman and tiger man join forces to combat the threat to the lodge and its guests.

Harder still is the quest to combat their explosive feelings for one another. As they explore their mutual passion, they realize the danger at the resort is more insidious than they ever envisioned. Their dreams, their love, and their very lives are at stake.

Immediately, the fragrance hit him, activating his Jacobson’s organ. He swallowed, tasting it on his tongue and at the back of his throat, and wondered if he was mistaken.

No, how could he mistake the unique scent of a female cat in heat? It was too delicious a scent to forget. Sweetness coated his taste buds, winding a delirious path down his throat. As his head swam, he blinked and tried to clear his thoughts of the sexual imagery racing through it.

The scent did not belong to another tiger shifter, but some other type of predatory cat. One whose perfume he hadn’t sampled before. One who must be particular to this region. Cougar? No. Mountain lion? Surely not.

Whatever she was, her scent teased him with its delicious flavor.

Don’t, he warned himself. Wasn’t it enough that he spent the last few years of his existence trying to escape the sick wiles of the grasping women at court? And God only knew how hard he’d worked to maintain a state of abstinence at Pannonhalma, devoting his life to meditation. He’d come here to work, not lose himself in a sweet piece of…

Stop it. This was no time to think of pussy, even though he’d never been more desperate for a taste of creaming woman.

His tiger howled inside him, hungry for that which it had been denied for almost two years.

Still the perfume, more intoxicating than any he’d known, wafted toward him. He wanted to close his eyes and drink it in. The unyielding power of the aroma could make him forget his vows. Granted, he wasn’t really a monk, but he had followed the monastic lifestyle from day one at Pannonhalma. The purity in the monk’s life had been the very thing he’d required to get his life back on track.

So why did he want to find the source of the scent and fuck her until she begged alternately for mercy and for more? Her need seemed strong. Whoever this lady cat was, she must be in dire agony for her scent to be so powerful.

None of his business.

Mentally caging the growling tiger inside him, he shook his head and approached the front desk. He dropped his luggage and cleared his throat at the woman working there. Her head had been down as she read some reports, but she looked up now.

“Welcome to the Ursa…” Her jaw fell open and her sentence hung in the air, unfinished and clearly forgotten.

Oops, you forgot something.

The words you entered did not match the given text. Please try again.